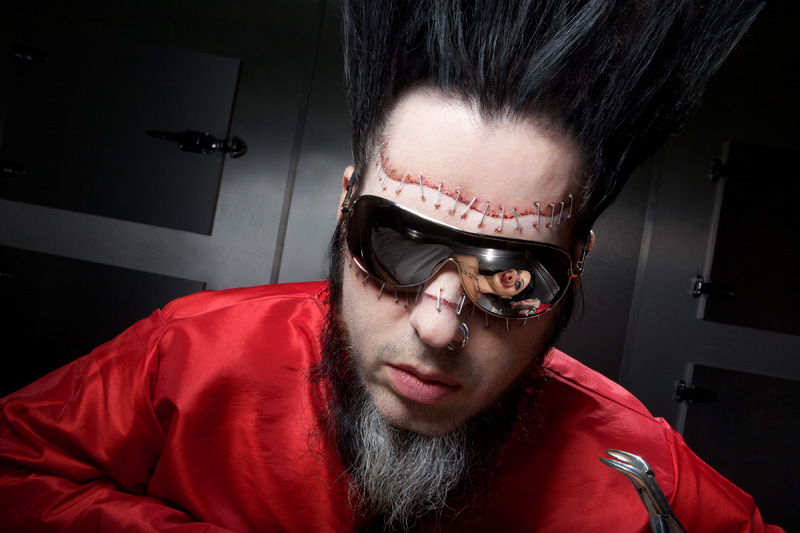 The coroner’s report is in and the cause of death in Static-X frontman Wayne Static‘s passing has been revealed to be a mix of prescription drugs and alcohol. Drugs & Alcohol are bad mmmmkay!

Blabbermouth obtained the official coroner’s report (which can be seen here). In it, the report states that on Nov. 1 at approximately 0700 hours (7AM), Static and his wife went to bed. His wife stated that just prior to going to bed, Static crushed one-half of a 30 mg oxycodone pill and consumed it. The oxycodone had been prescribed to Static’s wife. He also drank an unknown amount of alcohol. At 1530 hours (3:30PM), Static’s wife awoke, found him dead and called 911 at 1547 (3:47PM) hours. Paramedics arrived and confirmed the death at 1600 hours (4PM), noting rigor mortis and lividity. There was no evidence that foul play or a struggle had taken place.

The report continues, “Wayne’s wife said he took oxycodone, Xanax and alcohol to relieve panic attacks. He took Xanax on a daily basis and was compliant with the prescribed dosage. His wife stated he would occasionally have his own prescription for oxycodone, but he would usually take hers. The decedent also had a history of gynecomastia … His wife stated both she and he decedent had a history of cocaine and ecstasy abuse, but they stopped using illicit drugs in 2009. The decedent’s mother stated he was a self-admitted alcoholic. She believed his drinking had been a problem for about two years. Both his wife and mother stated he was not suicidal.”

The official cause of death is listed on the coroner’s report as “a mixed prescription drug (oxycodone, hydromorphone, alprazolam) with alcohol toxicity, hours, due to chronic prescription drug and alcohol abuse, years.” The “manner of death” is listed as “natural.”