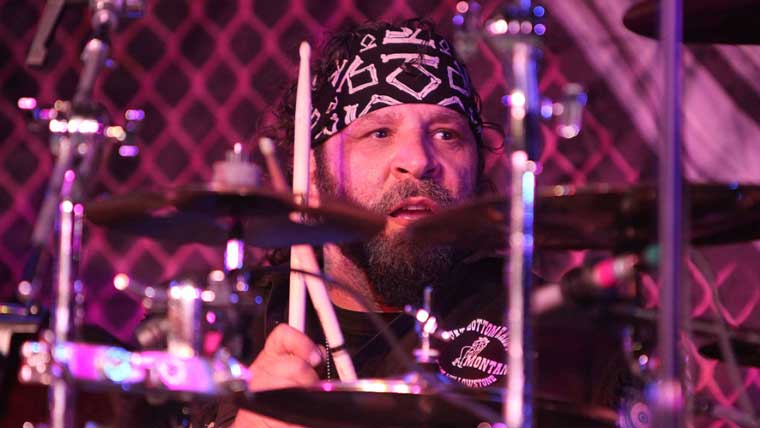 A.J. Pero had been complaining of a sore arm for about a week, and had recently taken a few days off, according to agent Dan Stanton. Twisted Sister guitarist Jay Jay French said "Pero was found this morning...

in his tour bus. Pero was taken to a hospital in Poughkeepsie, New York where he later died of what is reported to be a Massive Heart Attack. Pero had been on tour with the band Adrenaline Mob when he suffered the Heart Attack. Pero was only 55, and is one of many great rockers we have lost in 2015.
Post by Twisted Sister.

My friend, my brother, my band mate passed away today. My heart is broken. RIP A.J. Pero.

A.J. Pero was a member of TWISTED SISTER from 1982 to 1986, best known for their song "We're Not Gonna Take It", but left to join another band in 1987. Pero reunited with TWISTED SISTER from 1997 to 1998, and again from 2003 until his death. Pero performed on ADRENALINE MOB's last two albums and recently joined FOUR BY FATE, also featuring former FREHLEY'S COMET members Tod Howarth and John Regan.